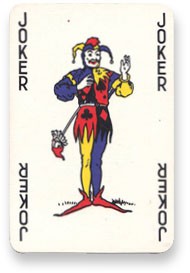 Heath died alone on the 23rd January 2008. He was found lying naked at the end of his bed. The post post-mortem ruled out suicide in favour of an unintentional lethal cocktail of prescription and over-the-counter drugs.

The play scrutinizes our celebrity culture through an imagining of Heath's last night. Just returned to New York from a shoot in England, he is exhausted yet unable to wind down. Messages bombard him and the paparazzi are camped outside. His soul-mate and he are estranged and he's failing on his promises to his daughter. There’s also a deadline for his decision on a new movie.

As he struggles to steady himself and beat his pill popping, two unexpected visitors arrive: His Joker from The Dark Knight who tauntingly reminds him of how he's blown everything, then Ennis from Brokeback Mountain with a startlingly different message.
Alone again, Heath vows to make amends in the morning, but when it dawns and the bombardment resumes - he doesn't respond.

Ennis had his own bleak philosophy: “If you can't fix it, you gotta stand it'. Perhaps Heath the actor could neither fix it nor stand it.

For the film version until recently under Option, the stage play was to be used directly without adaptation. Jake Scott the director originally lined up for it, felt strongly that the intimate nature of the drama with its 'fly on the wall' observation of Heath's every movement - lent itself perfectly to film.

Brokeback Mountain wrenched my soul. Heath Ledger’s performance, to me, was astounding – such a young actor, reaching such depths of inarticulate anguish. I watched it 10 times, obtained all his films and read all I could about him at the time. My play is a tribute to his uncompromising striving.